The world’s audience awaited, as the two contestants in the grand final of ‘Who Wants To Be A President?’ reached its penultimate stage.

It wasn’t just the candidate’s policies which were clarified, however – we got to know them on a personal level, too. While Trump asked the audience “Would you like to chew on my weird hair?”, Clinton simply stated “I see dead people”.

At this point, the debate become more heated. Trump stressed the need for America to invade certain countries in the North of Africa, steal their natural resources for the United States’ own benefit, and – in the process – commit a number of war crimes. Many – if not most – pundits were agreed, however, that this was an example of mansplaining; and therefore injudicious.

On much the same tack, Clinton asked undecided voters to consider a series of questions: first, whether a man like Trump – who has such anachronistic views on sexual equality – was really a suitable person to oversee the export of modern weapons to friendly dictators, for them to use on crowds of civilians.

Second, whether somebody who once wore a ‘No Fat Chicks’ t-shirt at a frat-party possesses the moral authority needed to order military coups, occupy foreign countries, and supply allied war criminals with imprecise munitions.

Finally, Clinton asked whether or not Trump’s attitudes towards women might indicate that he simply isn’t patriotic enough to hand suspected foreign terrorists over to the CIA, to be tortured.

On a lighter note, throughout the evening viewers were treated to an interlude of duets; as the two Presidential candidates performed three songs before a panel of judges.

To begin, Clinton and Trump gave their rendition of ‘I’ve got you babe’ by Sonny and Cher: 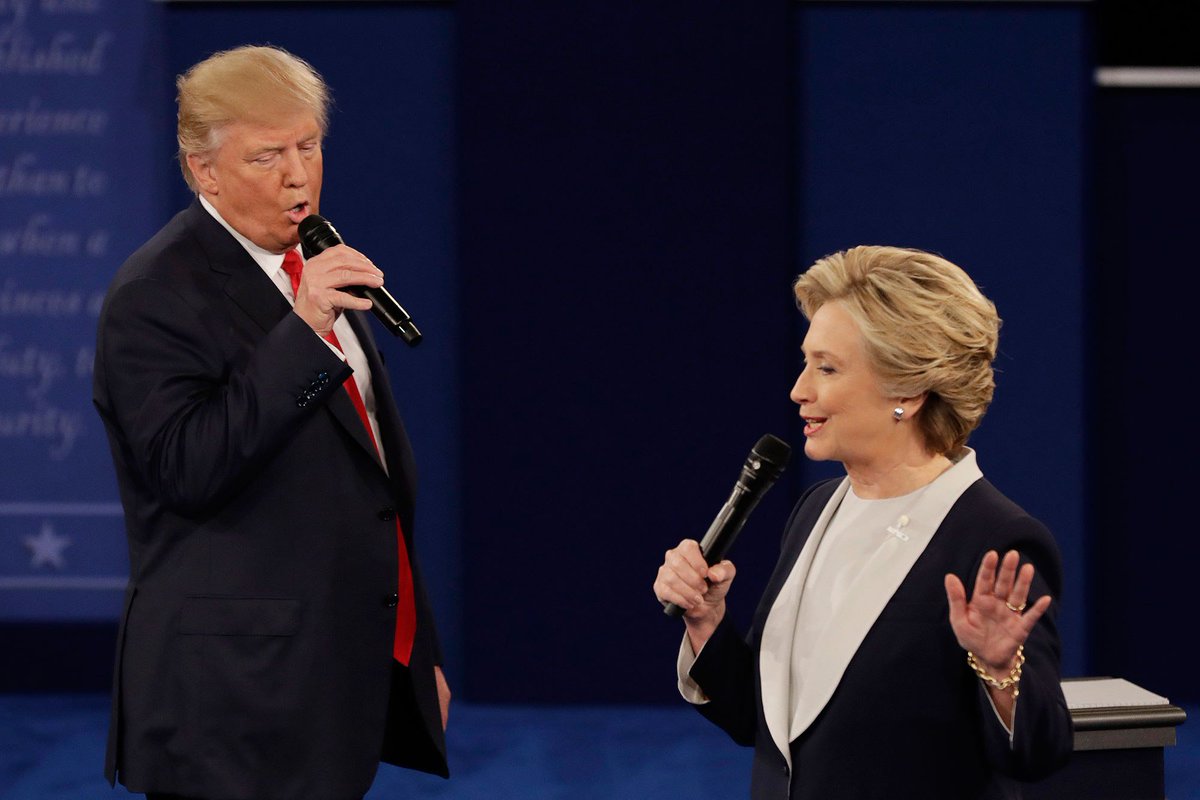 Then moved on to ‘Tie a yellow ribbon round the ole oak tree’ by Dawn and Tony Orlando: 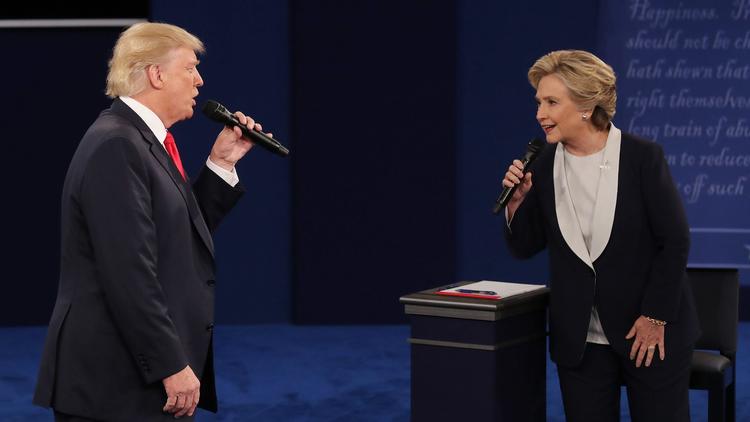 And, finally, the duo both sang – and performed – ‘Je T’aime’ by Serge Gainsbourg and Jane Birkin:

With that, the evening drew to a close. Viewers were asked to cast their vote – unless watching on a +1 hour channel, in which case their votes wouldn’t count, but they may still be charged.