What Can You Do With £3 Per Month? Alternatives To Electoral Fraud 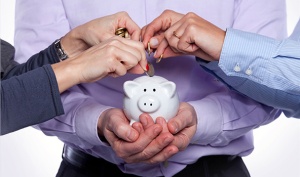 The candidacy of Labour MP, Jeremy Corbyn, for his party’s leadership has prompted a variety of responses – from bemusement at his unexpected popularity, to pessimism about where it might all end.

Some of this is motivated by concern for the Labour party’s political fortunes and electoral prospects; at least partly driven by a remembrance of the disastrous campaign under Michael Foot’s leadership during the early 1980’s, whose political commitments and priorities were very similar to Corbyn’s own.

However, a different set of people have begun to take an interest in the outcome of this contest, with far more cynicism.

Both the Telegraph newspaper, at least one media pundit, and a number of Conservative party activists have been attempting to organise large-scale electoral fraud, by joining the Labour party in order to vote for Corbyn, as a figure they believe would ‘destroy Labour’.

As unsavoury as this is, it would only prove to be a waste of their own time and money – as it already has done for one of those aforementioned; and if modern Conservatism has taught us nothing else, it’s that personal responsibility, fiscal prudence, and helping people to help themselves, are all optimal ideals to advocate for the benefit of others.

So (with this in mind) if Conservatives have £3 per month to spare, instead of engaging in vote rigging and financial mismanagement, here are some alternative projects to consider donating to:

Why not set up a standing order to your local foodbank? The number of people dependent upon charity in order to eat has increased dramatically since 2012. Government reforms to the social security system have contributed to this; as draconian sanctions, and purposely extended benefit-delays have been implemented.

This scenario is not limited to those out of work, however – many working families also depend upon food charity from time to time, because poverty now affects more people in work than out of it; and with tax-credits set to be cut, this situation will worsen.

Hunger is not limited to adults, either, but has increased among children – whose financial support is also set to be reduced. Many schools now run breakfast clubs; while international relief agencies provide food parcels to British families. £3 will be more than some people have to spend on food for several days – if not weeks, in some cases.

So, while it may be only a small amount, it could make a big difference to somebody’s life – especially if donated on a monthly basis.

People in receipt of Employment and Support Allowance, who have been placed in the Work-Related Activity Group, are now set to have their financial support cut by £30 per week.

Despite the deceptive title of this benefit, it is only awarded to people who have been deemed by the government to be incapable of working; yet, despite this, they are still subject to sanctions, and will now suffer a reduction of their support.

Most of these people have severe mental health problems. Others may be people undergoing chemotherapy, or dialysis.

£30 per week is a lot of money for one person to lose – however, if ten people clubbed together, with their £3 each, between them they could reduce the deficit on this for one person.

There are a number of charities who provide support services to people who are left with limited capacities by disability/mental illness – for example Mind, Scope, or Mencap; all of whom would welcome public donations, however small.

Cuts to local government budgets have severely reduced support for care-leavers – that is, for young people who have grown up in foster care, or in children’s homes; and have reached adult years.

Many leave these environs without educational qualifications; and people in these circumstances are disproportionately prone to becoming homeless – or something worse.

The Care-Leavers Foundation can provide grants and financial assistance to people – both when in crisis, and in order to undertake training or study; and rely entirely upon public donations.

Also due to public expenditure cuts, the funding for services which support victims of domestic violence and sexual abuse was reduced by 31% between 2010-11 and 2011-12. Furthermore, as one of Parliament’s own briefing papers outlined:

However, there are a number of national charities who specialise in protecting people from domestic violence, and supporting victims: Women’s Aid, or Refuge, for instance; or the Mankind Initiative, which provides support specifically to male victims. They all welcome donations from the public.

Homelessness services have seen their funding reduced dramatically since 2010, despite demand for their support increasing during this period.

The most recent figures issued by the Government show that the total number of homeless households in temporary accommodation stood at 60,940 as of September 2014.

The homelessness charity, Shelter, estimate that c. 90,000 children were homeless in Britain last winter. This is liable to understate matters, however – because many homeless people do not appear in official statistics.

Another homelessness charity, Crisis, estimate that there are 2.23 million households providing temporary lodging to single persons in England, and to 265,000 couples/lone parents.

Welfare reforms have played a part in making this situation worse, as evidenced by “the growing reliance on locally-prescribed, discretionary schemes such Discretionary Housing Payments, Local Welfare Assistance and Council Tax Benefit to supplement the weakening national welfare system”.

This is set to grow worse, as housing benefit is ended for people under 25. There are numerous charities which provide help and support to people who have lost their homes; or to families which are at risk of becoming homeless.

However, this problem is especially prevalent in London – where 7,581 people slept rough during 2014-15. St. Mungo’s provides outreach help and support to people in the city – and they outline how your financial support can, and does, get put to good use.

One of the key factors behind homelessness is mental illness. Unfortunately, mental health support-services have also had funding withdrawn by the government.

Furthermore, adverse economic circumstances, coupled with the impact of sanctions and benefit-cuts, have between them seen personal crises result in a number of suicides.

The Samaritans provide support and guidance to people in these circumstances – and would be only too glad for public donations.

It may seem that £3 will make little difference to anybody in these circumstances – but collectively, it will make a big one.

Unfortunately, there don’t appear to be any publicly-funded organisations to counterbalance the significantly curtailed public-expenditure on schools, colleges, hospitals, local libraries, or prisons – but people could always consider volunteering their time in these environs, which would be equally worthwhile.

It would serve a better purpose than defrauding the electorate, at the very least.